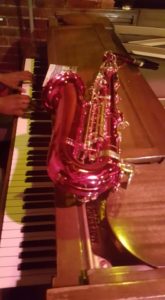 Ron Sutton,Jr. is a native of Washington, D.C. Ron was exposed to music at an early age by his grandmother Lillian Morris-Talley and Ron Sr., starting out with the trumpet in the 3rd grade and switching to clarinet in 7th grade then alto sax while attending Duke Ellington School of the Arts.

While attending Ellington he was formally guided into the music “jazz” by music instructor Mickey Bass and schoolmates Wallace and Antoine Roney. He later joined a local youth jazz organization called “Lettumplay”%ndash;founded by the late impresario of the music Tony Taylor, owner of the famed Bohemian Caverns.

Leaving D.C.in ’83 found Ron at the University of Hartford’s Hart School of Music where he began a musical relationship with the late legendary saxophonist Jackie McLean. 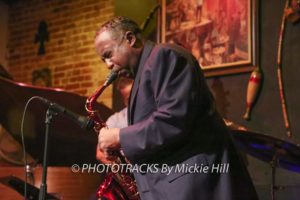 Ron later moved to New York City where he was introduced to drummer Rahshied Ali and was given a chance to play as well as his first professional recording. Jackie McLean later introduced and recommended Ron to jazz great drummer Arthur Taylor where his band mates were Abraham Burton, Jacky Terrason and Tyler Mitchell. Ron spent time cutting his teeth by sitting in with the likes of Freddie Hubbard, Roy Haynes, and Art Blakey.

You can find him recorded with Rashied Ali,Ken Shepard,Karl McNeil, Vaneisa Handy, Aaron Walker,Donvonte McCoy,and a few recordings with Marc Cary.
He has a wide range of musical influences from Charlie Parker, Jackie McLean, John Coltrane, Wayne Shorter, as well as other instrumentalists from Bud Powell to Herbie Hancock to Art Blakey to Tony Williams and many in between.